Which way did you choose to live?

Imagine a feather being dropped from a high rise, can you exactly point when and where it would exactly land? I bet you would lose ten on ten. Surprisingly this is how over 95% of the world’s population live, like a feather, they let life take its turns, like the wind which pushes, sucks and rattles the feather in its fall. People go to work every single day, do the same stuff every single day, and only react to situation when confronted with. They do not have a fixed destination, like the feather, which follows the path life takes.

Imagine the same feather, adorned to the rear end of an arrow, stretched up in a bow, almost to the point of snapping, and then released with brutal force, now would you bet the point of landing? I guess you definitely would, at least you could approximately point the place of landing or piercing. The same way if you can see your destiny by the goals you set and give it a committed effort like the stretch on the bow’s string then you could easily pierce through the winds of fate and reach your goals. But the saddest part is that less than 5% of the world’s population lives like this.

So what’s your way, feather or an arrow?
Posted by Sajith's Copier at 02:16 No comments: 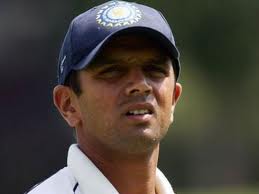 The run churning and patience manufacturing human factory is closed now. All that will remain are memories that will linger forever in the minds of this entire cricket frenzy nation and other cricket lovers. Coming to senses with the retirement of a legend is definitely a hard one, as I found it yesterday, when the official news broke out.

So the focus now after some sobbing and ohs and ahs would shift to the youngster who would be bestowed with the challenge to almost open the innings when Shewag, who as often will decide to club the blowers too early and give away his wicket.

Ain’t easy to replace the wall but laying the bricks for a stronger no.3 is definitely on the cards. So good luck to team India without the wall.

Posted by Sajith's Copier at 02:18 No comments:

Hyderabadi Biryani--Why it is the best

What a mouthful of Hyderabadi Dum Biryani can do?

It can make the entire world stand still for a brief moment, everyone, including your own self and all those dining around you are lost for a while, what remains is just the exquisite and intoxicating experience of this royal recipe. It's true Nirvana, a state of enlightenment, when you just experience the taste and nothing else. So what a mouthful of Biryani can do, well it can for a moment make you a Buddha, who experiences everything as it is without judging it.

The origin of Biryani is a long debated one, but stories say that it was used as a rich source of protein for the King's army, who had to relentlessly march for days across nations. They carried livestock along with them and used it for food and travel. So they cooked meat with wheat, the base recipe for the famou Haleem, and cooked meat with rice, the base receipe for Biryani, the leftovers of the meat were also used resulting in the creation of recipes like soup, zaban and paya. The objective here was clear, to make maximum use of the livestock.

Later on these dishes were enriched with costly herbs and masalas in the Nizami kitchens and  evolved over time into world class dishes, like the now available Biryani and Haleem, which since then has been the quintenssential taste of Hyderabadis.

So why it is the best, is simply because of its legacy and the effort and time that went and still goes into making this lip smacking dish. Most other biryanis are just borrowed or mimics this great dum pukth biryani from Hyderabad, thus making it less authentic and less legendary (No offence to Biryanis from other regions)

Yes, I already see your mouth watering thinking about taking a dig at your favourite biryani. So wate no time and dash off to have your bite at your favourite joint. We Hyderabadis can have it at any time of the day.

I wrote this just after having one, Cheers,
Sajith

Posted by Sajith's Copier at 04:32 No comments:

The Mine - By Arnab Ray - A Review

Sex, gore and videotape is the perfect analogy for this Arnab Ray close-to-a-thriller. Hat's off to him for his effort in this less travelled India genere. Arnab strung all the strings to pull off a thriller and rightly speaking he succeed to pull it off, but couple of strings snapped off in the effort. It reminded me of LOST

It could have been a complete thriller if all the strings were held together and answered by the end, like: Who is lilthe adams? Was the blast faked or real? What the heck was that shrine? Why and How were these five choosen? and How in the world did those video tapes appear? Why in this whole wide world the mine dug for? And why would they spend a fortune just to kill the cruel?

However due credit has to be given to Arnab for such a terrific effort and putting the message dead center at you, that those who sow shall reap.
Posted by Sajith's Copier at 22:09 No comments:


The press started to preach and everyone decided
to teach. Some say it's his mind and the bowlers say he is
too kind. Bring back the aggression, oh no it's his tension.
The burden is on, but you need to go on.


Ian says he is in a shell and Ravi reckons he isn't playing well,
Kapil shouts to hang his boots and dada suggests that he will gust

Posted by Sajith's Copier at 21:30 No comments:

Not the first words that I ever spoke, that delighted my mom, but my first on this blog. To keep it simple I'm a copy writer with the tendency and curiosity to write my mind out, but often have to delete the empty word docs after a while of musing. So how this happened, well I happened to click on the blogger's home and flew with its flow on creating a new blog and ended up writing this first blog, which will absolutely be of no interest to anyone who reads this.

But wait for some really good, fun filled, inspiring stuff from me.

Till then, keep reading other good stuff and check back to see am I worth reading.

Thanks and keep reading
Sajith
Posted by Sajith's Copier at 01:37 No comments:

Email ThisBlogThis!Share to TwitterShare to FacebookShare to Pinterest
Labels: my first blog- worth a read
Home
Subscribe to: Posts (Atom)